Departure in 4x4 for the bays, one goes by the sandy track to the discovery of the biggest Baobab of the northern region, to the bays of Sakalava. Then drive to the Bay of Pigeons a beautiful beach, through the Bay of Dunes, followed by Cap Miné where the remains of cannons and fortifications attest to the history of the French army and its role of surveillance of the pass and the lighthouse still in operation; meal in Ramena, return and city tour of Diego Suarez. 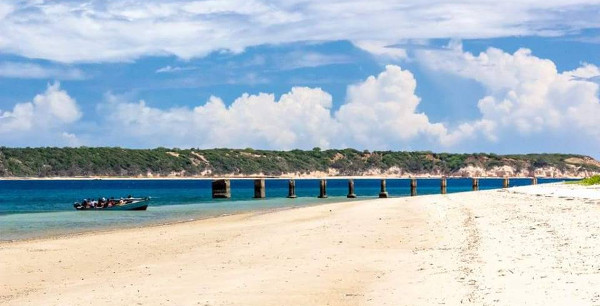 Departure by car to the fishing village Ramena, then boarding the boat to the Emerald Sea, which is an hour away by boat. A lagoon with crystal clear waters, coral reefs with multicolored fish, seafood, golden sand, a nice cruise in the bay to make a stopover on a paradisiac island. Lunch on the island, return and city tour of Diego Suarez. 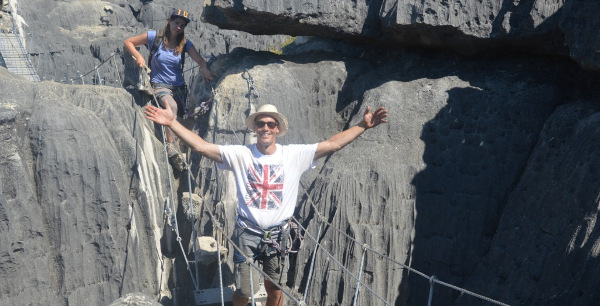 Departure by 4x4 to the famous Red Tsingy. A paved road on the national road 6 and a rather difficult track leads us to the community site of Red Tsingy. The red Tsingy are sedimentary formations composed of sandstone and marl, laterite and limestone. This phenomenon has created from the bowels of the earth a supernatural landscape unique in the world, then continuation to the village of sinners Ramena where you could enjoy these beautiful beaches, lunch in Ramena. Return and city tour of Diego Suarez.

MOUNTAIN OF AMBER AND RAMENA

Departure for the National Park of the Montagne d'Ambre which culminates elegantly at 1475 meters altitude, visit the national park. Covered with lush vegetation and clad in a thick green mantle of rainforest, the Amber Mountain is a paradise for botanists. Because of the volcanic nature of this massif, torrents and cascades spring everywhere, offering surprising paintings, then continue to the village of sinners Ramena where you could enjoy these beautiful beaches, lunch in Ramena. Return and city tour of Diego Suarez.